Most U.S. businesses operate as so-called “pass-through” entities, including partnerships, limited liability companies (LLCs) and S corporations. Electing pass-through status allows these businesses to avoid entity-level taxes. Instead, taxes are paid at the level of the individual owners. 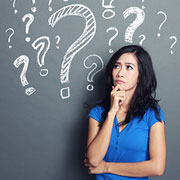 For years, the IRS and valuation professionals were at odds over how to value pass-through businesses because of their unique tax characteristics. The relevant question was: Does operating as a pass-through entity increase or decrease the value of a noncontrolling interest in the business, compared to the value of an otherwise identical interest in a C corporation?

Here’s how these recent developments may prompt valuation professionals to rethink their methodologies when valuing pass-through entities in the future.

History of the Debate

For pass-through entities, all items of income, loss, deduction and credit pass through to the owners’ personal tax returns, and taxes are paid at the level of the individual owners. Distributions to owners generally aren’t taxable to the extent that owners have positive tax basis in the entity.

For the most part, operating as a pass-through entity is a smart tax-saving strategy for entities that qualify. However, for minority owners that have no control over distributions, this favorable tax treatment may be less advantageous — especially if the business doesn’t distribute enough cash to cover the owners’ tax obligations related to the business.

In the 1990s, business valuation professionals often used measurements of income for pass-through entities that included a provision for deducting hypothetical entity-level corporate income taxes. This practice was referred to as “tax affecting.”

In 1999, the Tax Court in Gross dismissed the application of hypothetical corporate taxes to the income of an S corporation. This landmark decision effectively created a valuation premium for operating as a pass-through entity. It was followed by several more Tax Court cases that disallowed tax affecting, including the Estate of Gallagher.

In the wake of these cases, the IRS published a job aid entitled “Valuation of Non-Controlling Interests in Business Entities Electing To Be Treated As S Corporations for Federal Tax Purposes” in October 2014. This document was intended to help IRS valuation analysts evaluate appraisals of minority interests in S corporations for federal tax purposes.

However, the job aid provides useful guidance on the issue of tax affecting that may be applied more generally to all types of pass-through entities that are appraised for any purposes, not just for tax reasons.

According to the job aid, if a valuator tax affects a company’s earnings, he or she must provide valid reasons that a hypothetical investor would discount the earnings for entity-level taxes. The job aid points out that, while avoiding entity-level taxes is an important benefit to consider when valuing an S corporation, valuators also must consider the downsides to owning a minority interest in an S corporation. Such considerations include how much the company distributes to shareholders, and whether there’s a differential between tax rates at the corporate level and the investor level.

The job aid lists the following five factors to consider when deciding how to handle entity-level taxes:

The job aid recommends comparing a pass-through entity to other pass-through entities in the valuation process whenever possible. But doing so is often difficult because much of the data used to value private businesses comes from the public markets, which are made up primarily of C corporations.

Twenty years after Gross, the tax-affecting debate was resurrected in Kress. Here, the U.S. District Court for the Eastern District of Wisconsin valued gifts of noncontrolling interests in Green Bay Packaging (a family-owned S corporation) based largely on the analysis prepared by the taxpayers’ expert.

The experts for the taxpayers and the IRS applied the income approach to value the business interest as of December 31, 2006, 2007 and 2008. In doing so, they applied hypothetical corporate tax rates to the S corporation’s earnings. In other words, they tax affected the pass-through entity’s earnings.

Then the experts evaluated whether the specific interest warranted a premium for the tax advantages associated with subchapter S status, such as elimination of entity-level taxes. The IRS’s expert assessed a premium. However, the taxpayers’ expert didn’t believe S corporation status was advantageous, because a minority shareholder can’t change corporation status. So, he applied no discrete S corporation premium.

The court sided with the taxpayers’ expert, stating, “The court finds [the company’s] subchapter S status is a neutral consideration with respect to the valuation of its stock. Notwithstanding the tax advantages associated with subchapter S status, there are also noted disadvantages, including the limited ability to reinvest in the company and the limited access to credit markets. It is therefore unclear if a minority shareholder enjoys those benefits.”

It’s noteworthy that even the IRS’s expert tax affected the company’s earnings in his analysis, potentially opening the door for other taxpayers to apply similar methodology in future cases. In Kress, the district court effectively acknowledged that there are tax consequences to the owners of pass-through entities that hypothetical investors would consider when buying or selling a pass-through business interest.

However, a U.S. District Court decision doesn’t have the same weight as a U.S. Tax Court decision. And the judge in Kress didn’t cite Gross, the Estate of Gallagher or any prior cases involving tax-affecting in his opinion. Moreover, it’s currently unclear whether the IRS will appeal this case.