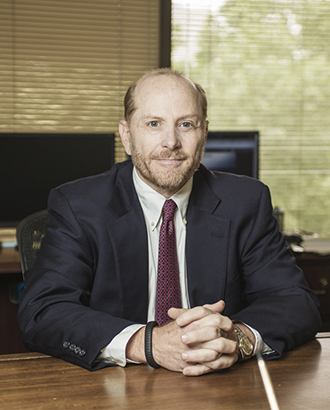 Mr. Chambers is a graduate of the University of Virginia with a Bachelor of Arts degree in Economics. Mr. Chambers also holds an MBA degree from Rice University. Mr. Chambers began his career in the merger and acquisition field in 1986. He has been directly involved in over 50 transactions representing revenues in excess of $750 million. In addition, he has provided financial advisory services to numerous other clients.

Mr. Chambers began his career as an investment banker with the Houston based firm of Lovett Mitchell Webb & Garrison. He served as an associate in the valuation group and also assisted corporate finance professionals with a variety of traditional investment banking transactions. In 1988, Mr. Chambers and Mike Chadwick founded the Houston based merchant banking firm of Chadwick, Chambers & Associates, Inc. CC&A was a member of the NASD and was primarily engaged in the merger and acquisition business. The firm also sponsored several successful investment ventures. In addition to traditional investment banking activities, CC&A completed numerous valuation projects, and Mr. Chambers achieved “Accredited Member” status with the American Appraisal Society.

In early 1995, Mr. Chambers joined Brazos Sportswear, Inc. in Cincinnati, Ohio as its CFO (CC&A sponsored the leveraged recapitalization of Brazos in 1989). From 1995 to early 1999, he led the financial and administrative affairs of this licensed sportswear company during a period of significant acquisition and financing activity. As CFO, Mr. Chambers played a central role in the structuring and negotiation of complex public and private financings that funded the company’s many acquisitions. In late 1999, Mr. Chambers joined J.B. Poindexter & Co., Inc. as Vice President of Corporate Development. While there, Mr. Chambers was responsible for evaluating and pursuing acquisition opportunities for this $450 million manufacturing conglomerate. In early 2001, he joined Davis/Chambers & Company, Ltd. as managing Director of the firm’s investment– banking operations. He performs business appraisals and also assists owners with the sale of their businesses.