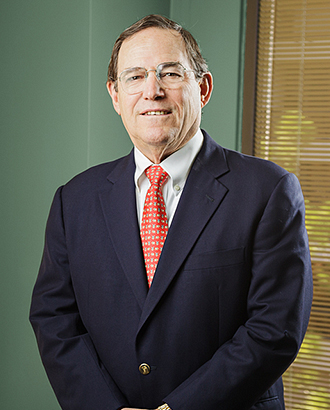 Mr. Davis holds degrees from Harvard Graduate School of Business (MBA-specializing in Marketing, Finance and Personnel Relations) and The University of Texas (BS-Chemical Engineering). He founded his consulting and real estate firm in April, 1979. E. Ted Davis & Associates and then formed Davis/Chambers & Company to specialize in business valuations.

As a principal and as a consultant, Mr. Davis has founded several business ventures, has helped finance other enterprises, and has consulted for numerous businesses. He has extensive experience in the valuation of privately held businesses and partnerships for ESOP, Profit-Sharing, acquisition and estate planning purposes. His clients include manufacturers, distributors, and service firms in diverse businesses including health-care, brokerage, insurance, and real estate development, retail establishments, construction, and high-technology companies. His consulting assignments include, in addition to the normal advisory roles, acting in operational functions such as Vice President-Finance, Vice President-Sales, and President of his client companies.

Prior to founding his consulting company, Mr. Davis was employed in the Instrumentation, Communications, and Electronic Data Processing Industries. His last corporate position was with Northern Telecom Systems Corporation as Vice President – Southern Operations, with over 450 employees working under his direction.

Mr. Davis is a licensed Texas Real Estate Broker. He has performed commercial brokerage and advisory services. He has been involved in the marketing and purchase of commercial raw land, office and retail properties, and ranches for specific client needs.

Mr. Davis is married, has two boys, and is active in civic affairs. He is a National Advisory Director of BBVA Compass Bank and Tauber Oil Company, and a Director of MRT Laboratories. Mr. Davis is a member of the Advisory Council of the College of Natural Sciences at the University of Texas-Austin, the executive committee of the Chancellor’s Council of the University of Texas System, and has served on the Executive Board of St. Luke’s United Methodist Church.