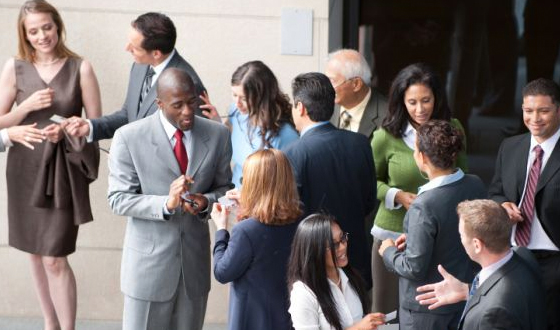 More than one in ten working Americans between the ages of 35 and 44 had their wages garnished in 2013, according to a recent study performed by payroll service company ADP. Many people associate wage garnishment with “deadbeat dads” who owe spousal and child support. But ADP’s study found that many debtors were delinquent on taxes, credit cards, medical bills and student loans — not support payments.

The recent study, which ADP completed at the request of public news agency ProPublica, covers about 13 million ADP payroll records. When its findings are extrapolated over the entire U.S. population, it suggests that 4 million workers were docked for consumer debts in 2013. These garnishments were most common among middle-aged, blue-collar workers and low-income employees who may lack the education or financial resources to effectively fight creditor claims in court.

The end of the recession won’t necessarily signal a reduction in wage garnishments, however. Although mortgage debt is currently down, household debt for autos and other consumer goods has reached an all-time high of about $3.2 trillion, according to the latest data from the Federal Reserve’s Flow of Funds.

As creditors increasingly turn to court-ordered wage garnishments to recoup delinquent accounts, it’s important for consumers and their employers to understand how the process works. Here are answers to some common questions about wage garnishment.

What Is Wage Garnishment?

A wage garnishment is any legal or equitable procedure through which some portion of a person’s earnings is required to be withheld by an employer for the payment of a debt.

Most garnishments are made by a local court order, which creditors may typically file approximately 30 days after entry of judgment against the debtor.

By the time an employer receives a garnishment order, the court should have notified the employee about the garnishment action — although many debtors ignore or fail to understand these legal notices. An employer is generally not required by federal law to notify or receive written authorization from an employee before garnishing his or her wages.

Who Is Burdened by Wage Garnishment?

Employees. Wage garnishment can be a hardship — and an embarrassment — to employees, who may have as much as 25 percent of their paychecks withheld for consumer debts. To make matters worse, the amount of debt can quickly mount, because creditors in some states can also:

Impose additional costs;
Pass along legal fees related to garnishment actions; and
Continue to charge post-judgment interest.
Employers. Garnishment is also a burden to employers that have to navigate different laws depending on which states their employees live in. If an employer botches up a garnishment order against an employee, it may be fined — or even become liable for the employee’s debt, depending on the applicable federal and state wage garnishment laws.

What Are the Federal Rules on Garnishment?

Title III of the federal Consumer Credit Protection Act (CCPA) limits the amount of an employee’s earnings that may be garnished. The amount of pay that is subject to garnishment is based on an employee’s “disposable earnings,” which is the amount that is left after legally required deductions are made.

Earnings include wages, salaries, commissions, bonuses, and pension or retirement plan payments. Tips are generally not considered earnings for the purposes of the federal wage garnishment law. In some cases, other income, such as rent and commissions, can also be garnished.

Examples of legally required deductions include state, federal, and local income tax, Social Security tax and state unemployment insurance. However, voluntary deductions — such as union dues, health and life insurance premiums and retirement plan contributions (except those required by law) — generally may not be subtracted from gross earnings when calculating disposable earnings under the CCPA.

For ordinary garnishments, including consumer debts, the maximum amount that may be withheld in any weekly period, regardless of the number of garnishment orders received by the employer, may not exceed the lesser of:

How Much Can Be Garnished for Support and Other Obligations?

For example, the IRS can garnish an employee’s wages without going to court if the following conditions have been met:

The IRS must assess a tax and send the taxpayer a Written Notice and Demand for Payment.
The taxpayer must have neglected or refused to pay the assessment within the prescribed time period on the notice.
The IRS must send via certified or registered mail (or hand deliver) a Final Notice of Intent to Levy and Notice of Your Right to a Hearing to the taxpayer’s last known address or usual place of business at least 30 days before the levy.
Employers generally have at least one full pay period after receiving a Form 668-W, Notice of Levy on Wages, Salary and Other Income, before they are required to send the IRS any funds from the employee’s wages.

Can Employers Fire Employees to Avoid the Hassle of Garnishing Wages?

The federal wage garnishment law protects an employee from being fired if pay is garnished for only one debt. However, the CCPA does not prohibit discharge because an employee’s earnings are separately garnished for two or more debts. It also doesn’t protect consumers who voluntarily agree to assign wages to creditors to repay debts.

Before deciding to fire an employee whose wages are garnished several times, check state laws, which could trump the federal rules. Also be sure your company is consistent in its practice. If one person is fired for multiple garnishments and another is not, it could result in a discrimination lawsuit.

Employers who violate the CCPA’s discharge restrictions may be required to reinstatement the discharged employee, pay back wages and restore improperly garnished amounts. Employers who willfully violate the discharge provisions of the law can be prosecuted criminally and fined up to $1,000, imprisoned for not more than one year — or both.

What Happens If State and Federal Laws Differ?

If a state wage garnishment law differs from the CCPA, the law resulting in the smaller garnishment must be observed. State laws vary widely. Four states — North Carolina, Pennsylvania, South Carolina and Texas — largely prohibit wage garnishment for consumer debts. But more than half of the states have not passed legislation to override the CCPA’s relatively steep wage garnishment allowances.

Who Can Help You Comply With the Wage Garnishment Rules?

It’s important for employers to understand how federal and state wage garnishment laws work. In some cases, a garnishment order may contradict federal or state law. It is the employer’s responsibility not to garnish too much (or too little) and to let the court know if the company cannot legally comply with the order.

If your company is issued a court order to withhold a portion of an employee’s wages, immediately contact an attorney or a payroll adviser who is familiar with the applicable federal and state laws. Failure to properly follow the convoluted — and sometimes contradictory — wage garnishment rules can be a costly mistake for employers.

Best (and Worst) States for Debtors (and Creditors)

Although every state has a set of exemption laws intended to prevent creditors from pushing debtors into poverty, the laws vary dramatically from one state to the next. In general, exemption laws are intended to preserve subsistence wages and essential property from seizure by creditors. They also are designed to deter predatory lending practices and fraudulent claims.

A 2013 study by the National Consumer Law Center (NCLC) reports that no state meets all of its five basic standards:

1. Wages. Prevent debt collectors from seizing so much of the debtor’s wages that the debtor is pushed below a living wage;

2. Auto. Allow the debtor to keep a used car of at least average value;

3. Home. Preserve at least a median-value home for the family;

4. Home goods. Prevent seizure and sale of the debtor’s necessary household goods; and

5. Cash. Preserve at least $1,200 in a bank account so that the debtor has minimal funds to pay such essential costs as rent, utilities and commuting expenses.

Based on these standards, the NCLC study lists the following states as the most debtor-friendly:

Conversely, the study found that these states were generally “indifferent” to struggling debtors, allowing creditors to seize nearly everything a debtor owns, even essential items:

Of course, the most debtor-friendly states might also appear to be the least creditor-friendly (and vice versa). Sure, businesses may have more methods of recourse against delinquent customers in states that are indifferent to struggling debtors. But as an employer, the employee’s morale and productivity may suffer if employees with debt problems aren’t allowed to retain essential minimum assets to get back on their feet. Moreover, weak consumer protection laws could motivate struggling debtors to steal from their employers and commit other white collar crimes.

Another unfortunate trend related to wage garnishment is fraudulent debt claims. For example, the alleged debtor in a “sewer service” scam was never served a summons about an impending collections lawsuit and, therefore, never disputed the creditor’s phony claim. With the defendant absent, a court issued a default judgment, and the victim didn’t learn about the fraudulent claim until after his or her paycheck was garnished, months after the judgment date.

These scams often go hand-in-hand with identify theft. Unfortunately, once a court has issued a default judgment against a debtor, it can be expensive and time-consuming for the consumer to reverse the damage.